Buckingham Palace recently paid tribute to the modern day Princess of Wales, Diana Spencer at the time of the 20th anniversary of her death parallel to some exhibition of gifts to the Queen.

The Royal Collection Trust announced the exhibition which was held in the palace’s Music Room, which is usually the location of royal christenings, including Prince William’s christening as well. 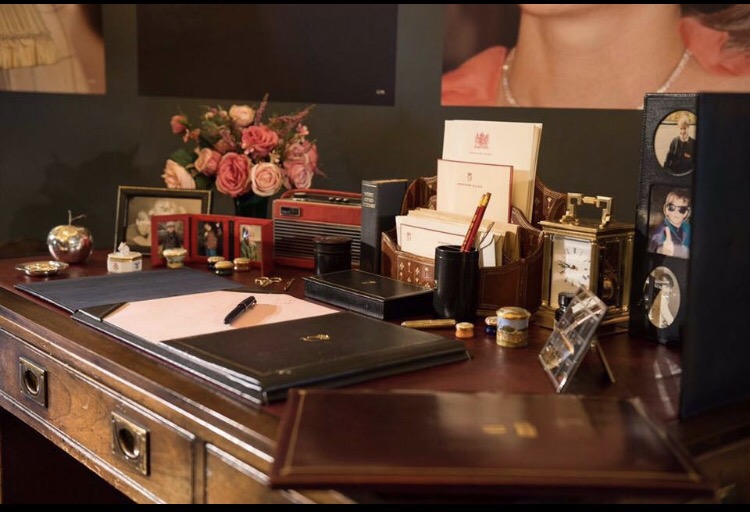 You may have seen in photographs that the display is of her desk, which has a blue leather notebook where she wrote on imprinted writing paper with photos of her sons also surrounding the writing paper exhibited on the writing desk (as per below.) 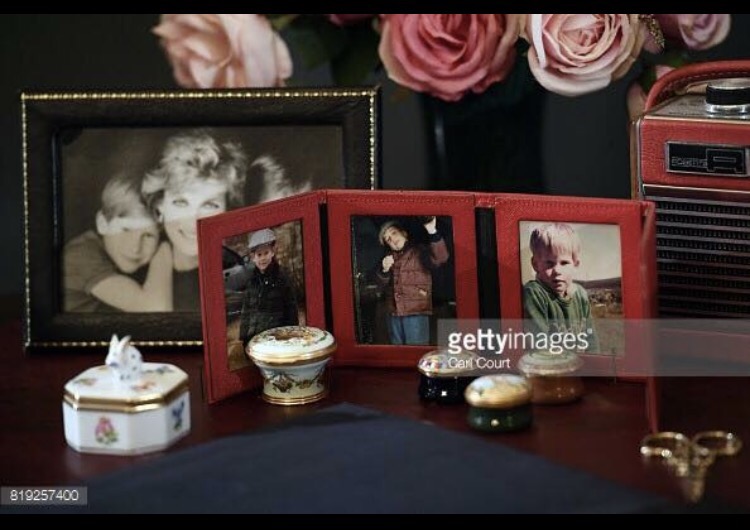 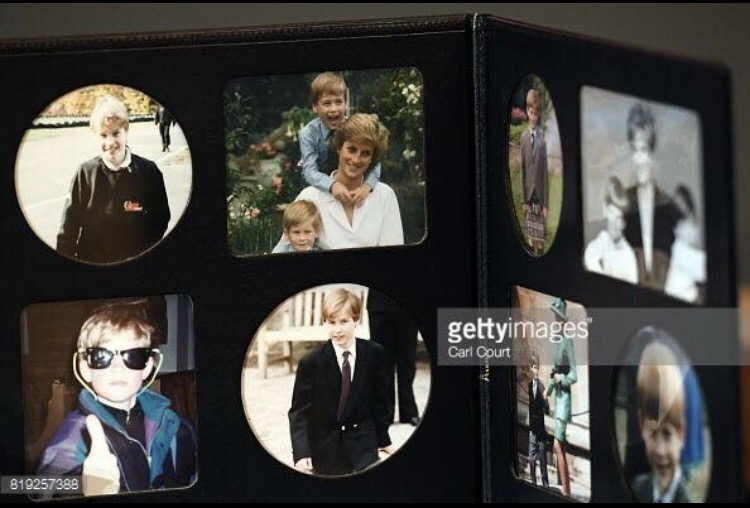 Prince William and Harry also had some of her private heirlooms such as her boarding school wooden chest, with “D Spencer” written on it.

She would take it with her to the private West Heath girls’ school which was close by Kent. And would also take with her her first ever typewriter which she kept in the drawing room of her apartment.

So, this summer in England indicates the 20th anniversary of the death of Diana, Princess of Wales on 31 August 1997.  A date most people in the world will never forget……

The Princess managed many official duties and tasks in sustaining The Queen, when at home in the U.K. and overseas. 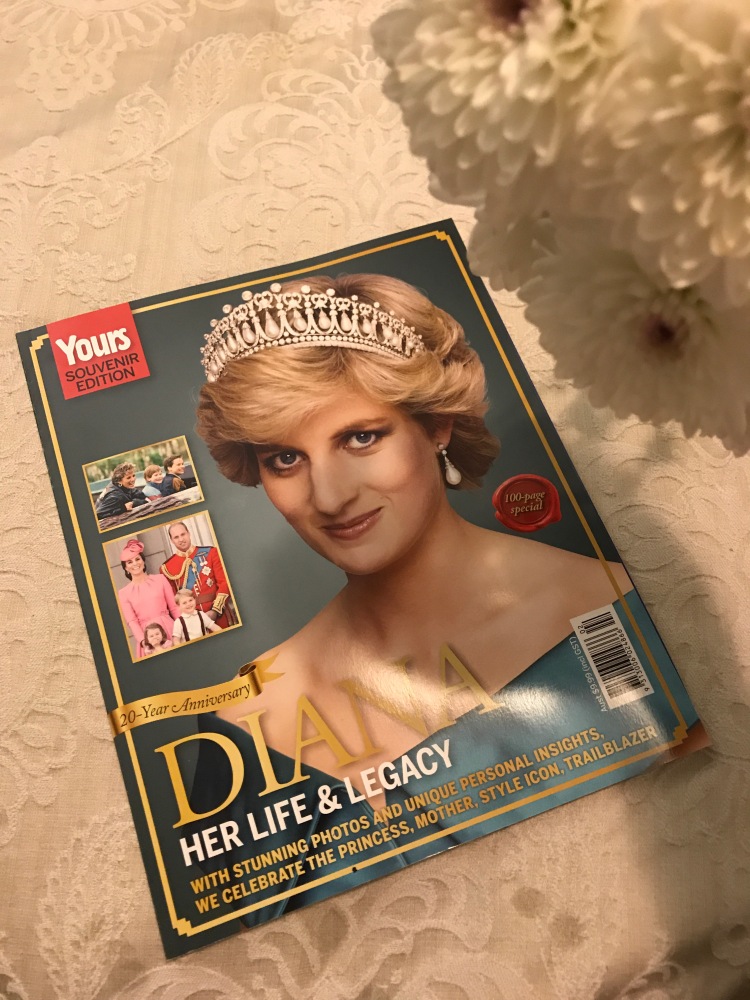 So, in tribute to Diana, her work is remembered by a remarkable display in the Music Room, which is one of the State Rooms open to the public as a portrayal of the Summer Opening of Buckingham Palace.

The main centrepiece of the display is the writing desk where she would work in her sitting room at Kensington Palace, writing letters, and reading official press conference letters and information.

Many of these objects on and around her desk have been specifically selected by Prince William and Harry to show their mother’s dedication to obligations and their recollection of her. 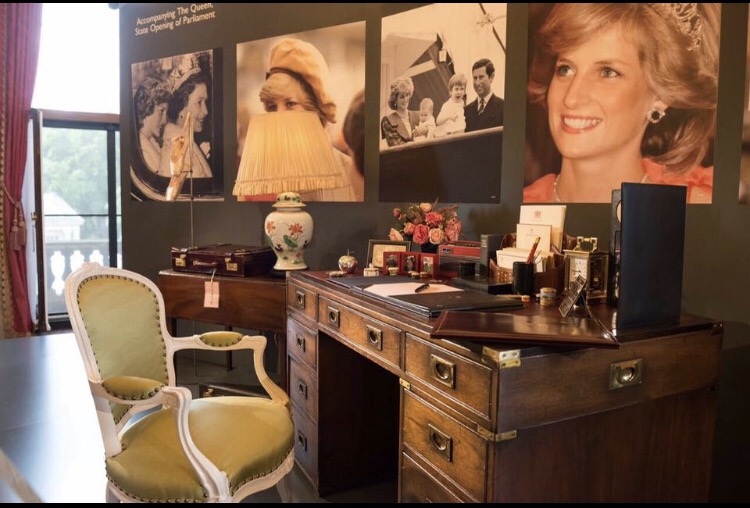 The items on display are as follows:

Diana always wrote to thank the people who had welcomed her on official visits.  The notebook and mahogany letter rack were a part of Diana’s desk accessories until her death.  The letter rack contains her embossed writing paper and envelopes.

The Cartier calendar was a present to Diana from the President and First Lady Nancy Reagan on the occasion of the official visit to the USA with ‘The Prince and Princess of Wales’ in November 1985.

This frame always sat on her desk which of course, contains photographs of friends and family.

The Asprey briefcase was a present from the “Worshipful Company of Glovers” to Diana on the event of her marriage in 1981.

These small boxes were put in order as presents from “Halcyon Days of London” for Diana to give to her hosts on official trips overseas.

One displayed is one from the official visit to Brazil by The Prince and Princess of Wales – 1991 in April.

It is adorned with a picture of the sculpture of Christ the Redeemer.

Diana loved dancing but particularly loved ballet.  These shoes, which she used, hung on the door of her drawing room in Kensington Palace. Apparently she was Patron of the English National Ballet!

As mentioned previously with the name “D Spencer” written on it, this box was used by her for sweets and taken to boarding school.  It was kept in The Princess’s sitting room at Kensington Palace. Her childhood typewriter was also kept in the sitting room.

Diana loved music and always listened to the radio and tapes when working at her desk.  The tapes are albums by (Sir) Elton John, George Michael, Diana Ross as well as classical pieces of opera and piano music.

There is also a special major exhibition mounted this year, entitled “Diana: Her Fashion Story”, tracing the Princess’s life through her evolving fashion style across two decades.

I was deeply touched and moved by the recent program “Diana: Our mother – her Life and Legacy“. You can click on the link or just watch here.

This display will be open to the public from the 22nd of July to October the 1st.