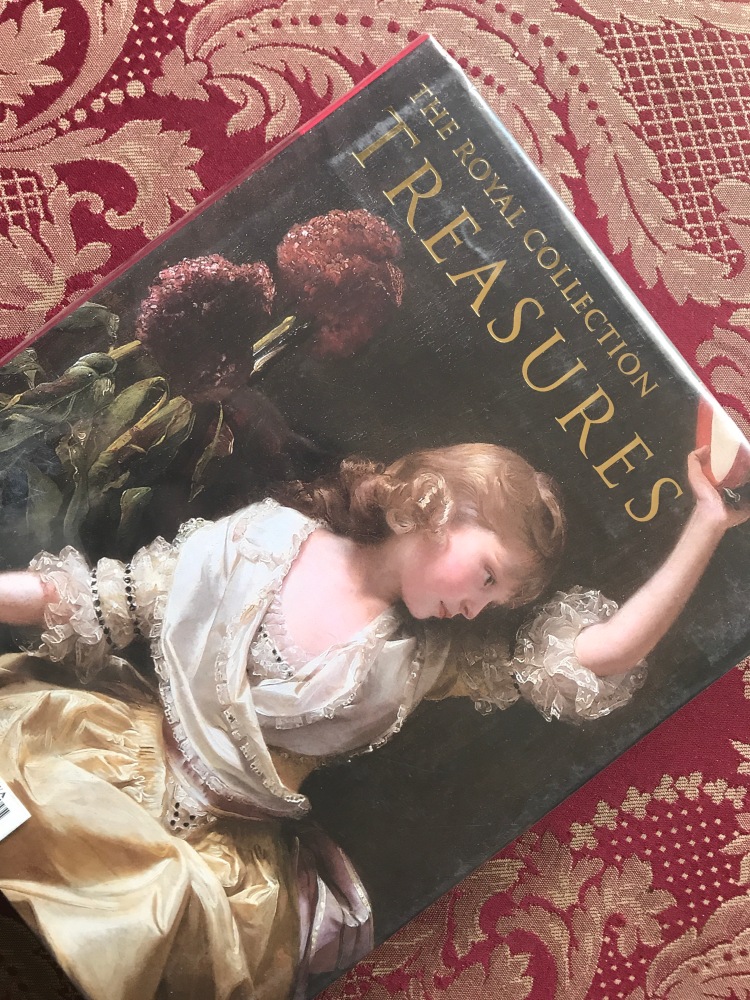 One of the worlds greatest picture collections is found in this book, “The Royal Collection Treasures” involving masterpieces, splendours of the decorative arts, for example, I will touch on different sections such as furniture, or sculptures. It is not just only a collection, but a collection on collections which contain works of art.

I love the categories that I am going to share with you. It involves drawings, paintings, books, gems, tapestries, silver, porcelain, etc.

Surprisingly, the book says it is wholly unlike a museum collection which I thought that I would! But the British National Collections selectively provide a wide-ranging depiction of the arts and sciences with a specific purpose of showing the public what there is in an educating way.

I admit – I would love to be a royal collector, even. Charles I was a collector! I love the idea of acquisitions, this will be a topic that I will be studying further down the road, library and information services involves Managing Acquisitions and is the procedure and practice and the process of requests through to the checking and ordering and receipt of library materials.

Royal acquisitions would be something I would delight and relish in – there are further aspects, such as influential roles played by advisers and diplomats and I am particularly fond of the idea that Charles the first was a passionate collector of pictures. The whole idea of this post is “Art History” as well, as the royal collection is exquisite and stunning which I am thinking I may have to break it up in different volumes or parts so that you don’t have to read a totally verbose piece. Sometimes reading a whole lot of information can be arduous and I don’t want to bombard you with a whole lot of information in one go.

Some paintings that Charles I purchased came as gifts from the Spanish King as well and they still hold a significant position in the long history of art and diplomacy. By which the framework of the Royal Collection has been entirely changed from time to time.

For example, the purchase of the Raphael tapestry cartoons from Genoa that Charles I made haggled for these whilst in Spain.

This picture has been watercoloured and body coloured on vellum laid on card; oval miniature by John Hoskins (c. 1590-1665)

The example of Charles I’s collecting highlights no doubt great personal royal taste and a cultivated patron of contemporary artists including Rubens and Van Dyck.

In the Banqueting House there is an eye catching ceiling done by Rubens and a sequence of enchanting portraits of the King, his family and court by Anthony Van Dyck.

You can find his equestrian paintings and explore more at the National Gallery.

Charles I bought 72 paintings in the Netherlands which included a powerful portrait by Italian painter, Lorenzo Lotto (c. 1480-1556).

Here is a royal collection which is a portrait of Andrea Odoni, 1527 who was a Venetian (language spoken in Veneto) merchant who formed a renowned collection of paintings, antique vases, coins, gems, and natural history objects.

The book says “it is one of the most innovative and dynamic portraits of the Italian Renaissance”.

There are heaps of decorative arts including the King’s insignia and personal jewellery, silver, armour, furniture and many of the tapestries. Interestingly, before 1660, many of the significant masterpieces from Charles I’s collection had become highly valued ownership of the French and Spanish courts.

Sadly, The decorative arts in the Royal Collection, mostly known its silver and jewellery were tragically lossed during the Civil War, and Interegnum (a period when normal government is suspended, especially between successive reigns or regimes).

Following Charles I’s execution, the Anointing Spoon and all the ancient coronation regalia had been melted down. I specifically would have loved to have studied this piece.

The anointing is the most sacred part of the coronation ceremony, and takes place before the investiture and crowning. The Archbishop pours holy oil from the Ampulla (or vessel) into the spoon, and anoints the sovereign on the hands, breast and head.

Historic Royal Palaces Shop sells a replica here. The original was made of gold and dated back to the 13th century. It is 10 pounds so is affordable for your house.

I want to get the Elizabeth I seal top spoon! 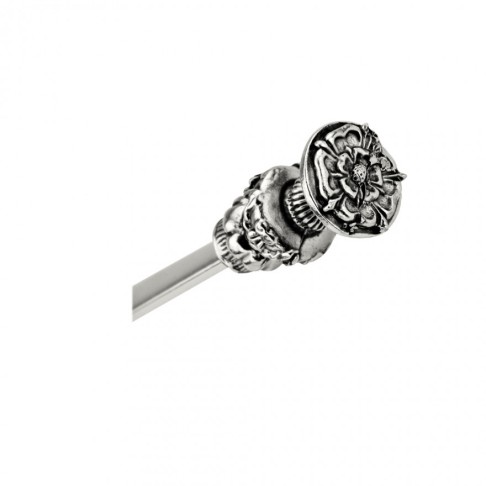 During this time of the Interregnum, large orders were placed for new regalia, and for sturdy, long-lasting quantities of new plates, ecclesiastical and secular, which I will do a post on an “Altar dish”, and “Basin and Ewer”. Keep your eyes peeled for those!

Apparently, the large orders that were placed were with the royal banker, and goldsmith, Sir Robert Vyner, who was also Lord Mayor of London. 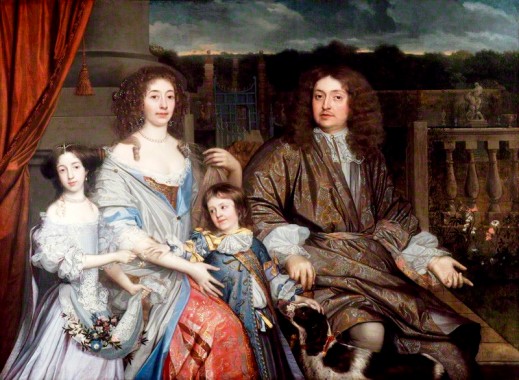 The King had building projects which included NEW palaces at Winchester and Greenwich, also revamping Windsor Castle and upgrading the Palace of Holyroodhouse in Edinburgh.

Also, Queen Mary II was the very first member of the royal family to show a genuine interest in ceramics. Kensington Palace was filled with a magnitude of extraordinarily contemporary Byzantine porcelain. And in the Water Gallery overlooking the Thames at Hampton Court she kept her DELFT collection some of which is still there today.

Apparently, a whole heap of the collection were lost when given to the Earl of Albermarle.

Well, this is my introduction to the “Royal Collection”. I will be working on the posts throughout the week, if I don’t get too bombarded with study, or anything else, tomorrow I am off to the library! (Of course) and will be working on some projects. I have been excitedly and tremendously proud of the work I have done which featured in Taylor Magazine, which I am hoping you enjoyed.

Incase you missed out on them, you can read one on “Feminism” and then my book review on “Enjoy“, I hope you relish and delight in them, and I hope the review will help you decide to read it. After the ‘royal collection’ series I will have another book review coming up which I am overly excited about!!!!!!! Because it is to do with ‘life’, and ‘living it’ well. I won’t give away TOO much!

I particularly am enjoying doing this royal collection one, as you know art history and decorative arts, (especially to do with the British!) are a passion. It would be a DREAM to study art history in London, hehehe

(I cannot wait to enter the National Portrait Gallery and the British Museum and the British Library in particular). You know me! I think it is all on the “A List of Travel Dreams” post, which you can read if you haven’t.