I hoped to have read the list of 20 books in My Book Collection, but because of the whole move from Merredin to Scarborough it’s been too busy to just sit down and take the time to read, except for today….. I hardly had anything to do, so I pulled out a book that I had my eye on for months and I am completely taken by this one, because it is set in the Regency Period. I particularly like the period in the early 19th century because it was followed by the Victorian Period and was during the reign of King George IV.

Wikipedia’s definition on the regency period is as follows:

“The Regency period in the United Kingdom is the period between 1811 and 1820, when King George III was deemed unfit to rule and his son, later George IV, was instated to be his proxy as Prince Regent. It was a decade of particular manners and fashions, and overlaps with the Napoleonic period in Europe.”

The Regency period ended in 1837 when Queen Victoria succeeded William the Fourth.

In this book, The Regency style of writing is just stunning and this is a gorgeous historical romance piece of literature written by Linore Rose Burkard the author of “Before the season ends“, which I think may be the first book of the series.

I am currently only up to Chapter Ten. I would’ve loved to have done a review after finishing the whole thing but I got too excited with putting something on my blog and reviewing a bit of what I have already read.

The main character is Ariana Forsythe and she is planning to wed a man called Phillip Mornay… he is an eligible man of Mayfair, London, and is wealthy and of high standard.

Just like a Downton Abbey setting, there is footmen, lords, ladies, a viscount, … the complete English setting….

The House of Grosvenor Square is her future home for when she gets married, but whilst Phillip is away, some items in the house are stolen. An expensive silver candlestick and a miniature portrait of George III.

Every time Ariana visits the house another item seems to have disappeared, so they don’t know what is going on!

Eventually, when Ariana leaves a performance at Covent Garden Theatre, she gets abducted by two villains, and some other mysterious things are going on. Are the two villains the ones who stole those items?

Phillip feels the need to protect his future wife from any further harm, and tries to unlock the mystery of who is after Ariana and why.

I haven’t gotten to the conclusion of the book, so I don’t know if it is the two villains that are intertwined with the thievery but so far I really like the characters, plot and especially… the setting. 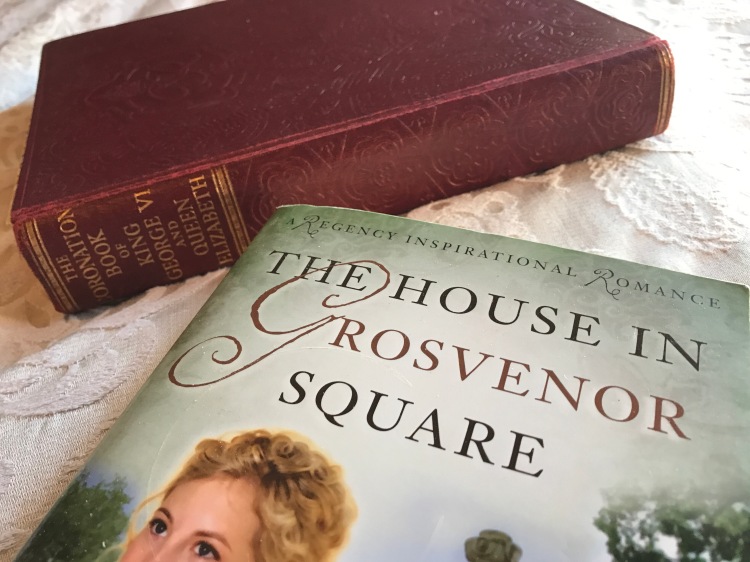 I am most intrigued with the part I am up to as Phillip Mornay is at the house of the Hurley’s and he refuses to play cards, and ends up in their library where he sees the exact same portrait of George the III, but it has the initials M. M on it – Is it the one that belongs to him? He doesn’t recall seeing the initials on it. So, I am wondering if it is the one that he owns.

If you’re a sucker for a “Downton Abbey” theme like me then this is the book for you!

It’s written with a “Jane Austen feel” I believe, and on the blurb it clearly says “inspirational romance for the Jane Austen soul”.

If “Pride and Prejudice” or “Emma” are your favourite books, then this would look magnificent on your bookshelf. It is completely “English” with a spiritual Christian approach.

I love the style of writing as it is similar to my other favourite, “The Governess of Highland Hall“. I can understand the popularity of the book for its period, and time.

You can buy this novel at The Book Depository for $29.56 and is free shipping worldwide. 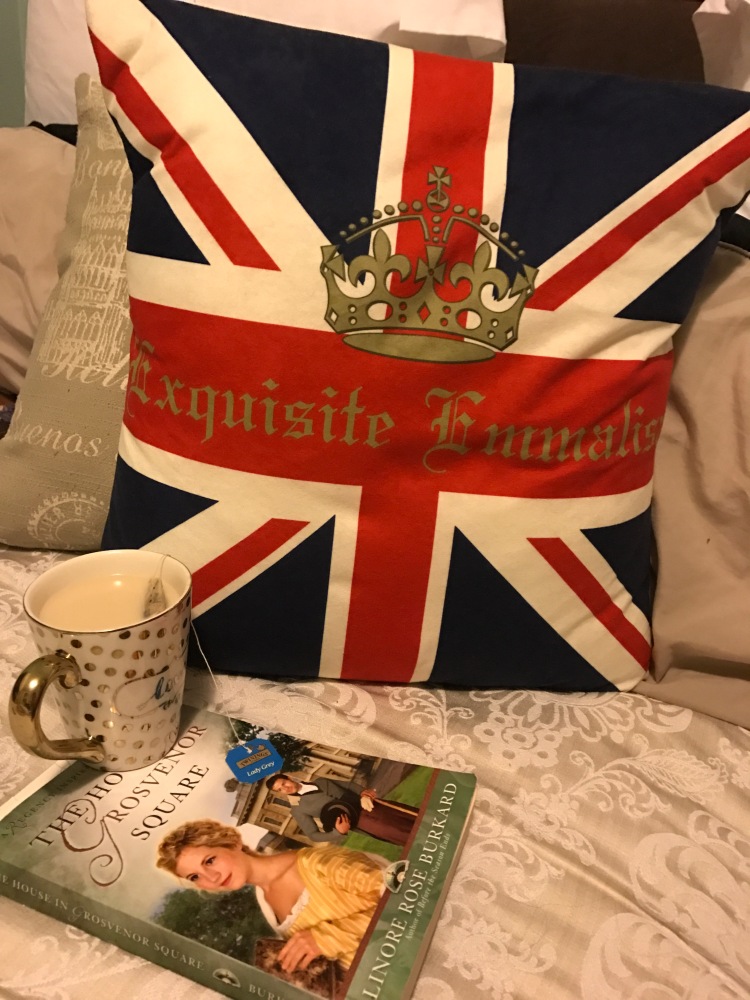 I so want to get “The Country House Courtship” which is the next book after this one. 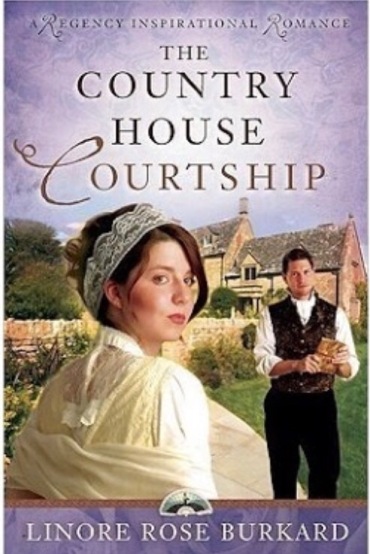 I am also currently reading (or trying to read I should say), Emma by Jane Austen. It is quite verbose, and we all know she is a character involved in matchmaking, trying to get Harriet with Mr. Elton, and plans seem to go the opposite way! I can not remember if I ever read this before, but we all know the story from the movie with Gwyneth Paltrow. I loved it!